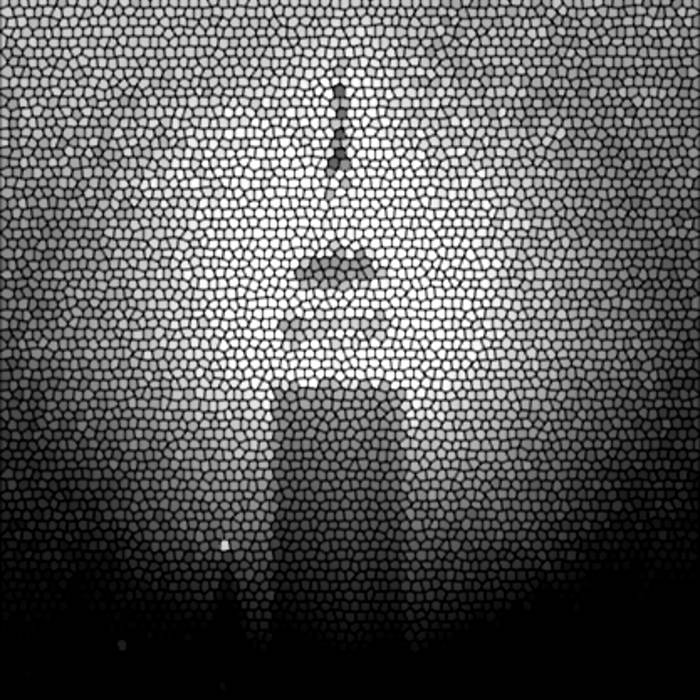 Special edition of the electro-acoustic concert of the Ahad/Füle/Despera/Sugo (Hungary/Japan) quartet to the extant selection (cca. 60 min. at 24 fps) Andy Warhol's b&w film entitled "Empire" and an excerpt from the Ahad/Despera/Sugo concert in Brno, 2009. ”Ahad's Masters Garden” project conceived by Zsolt Sőrés aka Ahad.

Notes
- Track 1 & 2:
Empire is an enigmatic and associative film, perhaps the most famous of Andy Warhol's works, who was one of the most influential artists of the second half of the 20 th century. The 'protagonist' of this single-shot film is the Empire State Building. Warhol's experimental silent movie – which was originally 485 minutes long, but can now only be seen in its hour-long version – is about 'visual seeing' and complex perception; it is a radical meditation on the space-time and materiality of film. "Empire" was shot on the night of 25th June, 1964 from the 41st floor of the Time-Life Building. This is the first film Warhol made with the 16mm Auricon camera (Photographed by Jonas Mekas).
Zsolt Sőrés aka Ahad and Csaba Füle, along with the guitarists Masuda ”Despera” Keisuke and Yoshida ”Sugo” Takayoshi, members of the Japanese psychedelic rock band Uramichi (www.myspace.com/uramichi) – who have been touring Hungary in those past weeks with great success – create unique sound environments around the silent film about this strange, emblematic building by drawing on various sound materials (such as so called ”Number Stations” – mysterious, unidentifiable shortwave radio stations –, real time radio amateur signals and sequences, direct noises of the universe broadcasted via the Internet, analogue sound samples containing sound modulations, medium frequency radio sounds).
The electro-acoustic concert, which belongs in the ”Ahad's Masters Garden” series, is not only an alternative film score project, but more of a work of sound art influenced by films – an 'audional film'.

”'Empire' may rightly be considered the apotheosis of Warhol's silent films, and the director's most clearly self-reflexive film. Indeed, even after only a few minutes, we are forced to relegate the 'subject' to the background (including all of its symbolic associations – political and sexual – moreover accentuated today by the destruction of the Twin Towers. It is equally true that, in 'Blow Job' /1963-64/, we cannot avoid thinking of the symbolic connotations derived from the tremendous media coverage of the Bill Clinton-Monica Lewinsky affair.) What forces itself to the foreground is the film itself, its materiality: the grain (emphasized by the dominant black); the snow (that comes from the inevitable deposit of dust at the time of developing and printing); the frequent gauzes and flares of light (probably due to a purposely clumsy development of the original negative). In addition, here too there is all of the subsequent 'noise' added over the years by the wear and tear of the film (slashes and stains). Finally, and most importantly in this case, the effects of viewing the film on video instead of seeing it projected on film. The framing is rigorously fixed and perfectly centred (except for a curious and very quick pan to the right at the very beginning. This, however, could have been caused by a framing adjustment during the telecine stage.) What we see is the top of the Empire State Building, even in fact only the lights of the top floors emerge out of the night, and the spire above them, despite a few illuminated dots below. One of these – on the left and slightly larger than the others, at times pulsating and disappearing – introduces (at last in this excerpt) the only 'movement' that may be attributed to the so-called 'pro-filmic'. And yet, the film is alive with movement from the 'filmic' point of view (if you would like to prove it to yourself, try watching it frame by frame). In this sense, 'Empire' is the most concrete, the most material film that Warhol ever made. But it is also his most abstract, or most conceptual film. For, even if we take into account the tremendous movement at the material level, rather than the fixed 'subject', nevertheless after a while (an hour?) it is truly impossible to watch, since it is 'useless' to continue, and the 'idea' thus replaces the reality of the viewing. That is, unless your think of 'Empire' as an installation (something that has already been done), or a painting in movement, a nice flat television with liquid crystals hung on the wall of your home, broadcasting it, if not in a loop, at intervals, precisely of 8 hours...” (Adriano Aprà: A Concrete Warhol. In: A. A. /Ed./: Andy Warhol 4 Silent Movies. DVD booklet, Raro Video IND 40031, 2004, 41-42.)

Track 3.:
Asteroids play several potential roles in science fiction: as places which human beings might colonize; as resources for extracting minerals; as a hazard encountered by spaceships travelling between two other points; and as a threat to life on Earth due to potential impacts. According their wish, the sound-&-movement improvisation by Ahad, Despera, Sugo and the dancer Junya Ishii not simply playing with this symbolism, but with their psychedelic mushroom performance they put up a playful and serious sound statue at the same time to the memory of all of the "lucies in the sky with diamonds" and other beautiful hallucinogen starlighted phenomenas, as well as the "2889 Brno" what is a small main belt asteroid, which was discovered by the Czech astronomer Antonín Mrkos in 1981.